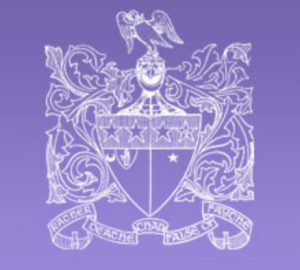 Manor of Battersea. Sir Walter founded his school in Battersea High Street in the late 1660s, maintaining it at a personal expense of around £20 per year. Towards the end of his life, he recognised the need to set up an endowment for the school so that it could continue after his death. He spent £570 on the purchase of around 31 acres of land in Camberwell, the rents from which would be used to maintain the school. By means of a deed signed on 7 September 1700, Sir Walter conveyed the land to 12 Trustees and so established the educational charity that continues today.

Sir Walter gave instructions as to how the school should be run. It was to take 20 poor boys of the parish of Battersea. They were to be taught to read, write and cast accounts and had to leave the school at 15. The Schoolmaster and Trustees were to be appointed by the Lord of the Manor. The Schoolmaster was to have a Master of Arts degree from Oxford or Cambridge, the two universities then in existence in England.

A boys’ school in Battersea

By 1850 almost 300 boys were attending the school. The Trust sold most of its land in Camberwell and, between 1855 and 1865, erected a new larger building designed in gothic style by William Butterfield on the original site in Battersea High Street. This building is now the Battersea site of Thomas’s London Day School.

In 1988, Sir Walter St. John’s School was amalgamated with Battersea County School on the site of the present day Battersea Park School in Battersea Park Road. The Trust based on the original bequest owned a part share in the former school buildings in Battersea High Street and Bridge Lane which were sold in 1990. The assets of the present Charity are derived mainly from the former Trust’s share in the proceeds of this sale, amounting at that time to some £1.8 million.